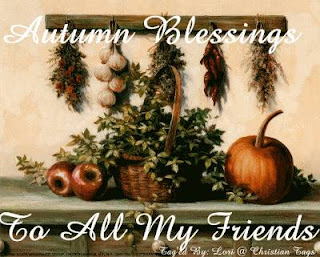 I have spent the last 3 days taking care of sick children. They job has gotten easier and easier by the day, but not without it's little surprises.  We woke up Saturday morning because Greg's friend had called at about 6:20am to see if Greg wanted to go for a ride.  Since I had to get up to answer the phone, I figured I might as well stay up even though it's Saturday.  Stinky woke up shortly after I did and after a bit told me that she thought she was going to be sick.  She had puked before Greg left for his drive.
Bubba woke up.  I tried to give Stinky some Pepto-Bismol and as she was sipping it, Bubba said he wanted some.  So I told him that he just can't have medicine because his sister was.  He told me that his stomach hurt.  I didn't believe him, I thought that he was just saying that to get some Pepto.
After a few minutes, Stinky was puking again.  She puked pink Pepto all over the blankets and floor.  I heard Bubba say "MOM!" and it sounded like he was crying.  While Stinky puked into the pan, I looked over my shoulder and there is my poor baby boy puking and crying.  I told him to run to the toilet.  When Stinky was done heaving I went in to assist Bubba.  Then I heard Stinky crying that she was puking again, so I told her to bring her pan into the bathroom with me.
That's pretty much how my day went.  Kids puking, towel and blanket washing, changing of clothes and drinking of fluids to keep hydrated.  All day they just wanted me to lay down with them.  Once Bubba said that "This isn't how I planned to spend my day" and I had to agree with the poor little baby.  Stinky had puked all day long.  It started at about 10 min. in between each for quite a while.  After about an hour it started to slow down until she was down to once an hour.  It went that way until early evening.  She stopped throwing up when she fell asleep at about 9 or 9:30pm.
Bubba had it much easier.  He only threw up 4 times.  But felt sick all day long.
Yesterday they both claimed to feel better in the afternoon.  We let them get up and play last night a little as long as they were not wild.  Then Stinky wakes up this morning, 6:55am and puked.  She has felt sick all day.  Bubba started complaining of his stomach again later this afternoon.
Not too much has gotten done the last few days.  I have gotten some things done here and there.  I have kept up on dishes a lot better than usual.  I figure I better do that since any day now, I could be sick.  This way everything will be clean when I'm sick.  See, I'm thinking ahead.  I'm a planner.
I finished reading the book that I was reading.  I am currently reading my second book that I had planned for December in my Fall Into Reading Book Challenge.  I thought that I had almost picked too many for myself to read, even though there were some children and YA books in there.  But I guess I was wrong.
I am reading a book right now that is called Let God Be God by Ray C. Stedman.  It is a book that deeply explains the book of Job.  So far it's very good.  I'm only in chapter 3.  It's a book that you have to really concentrate on and not something you can just read willy-nilly to pass the time.  That is a great thing!  It expands the mind!
On the other hand, my mind is currently seeking somewhere to go and relax.  So I think I am also going to be reading Robinson Crusoe by Daniel Defoe.  I have never read this story before and I want to see if it's something we can do for school.  I am going to start this after I finish reading the chapter that I am reading in Let God be God.
It's time for me to go and be motherly.  My sickly children are hungry.  I must go and feed them.  Poor little babies.

Posted by Danielle Leigh at 5:50 PM