Memoirs of a Geisha Disappointment

Tonight I was a little curious about the life of Geishas.  I picked up Memoirs of a Geisha by Arthur Golden to read last week and I was really enjoying it.  But then I learned that even though it is called a memoir, it is really a piece of fiction.  That is sadly disappointing to me.
While I was googling "Geisha" tonight I saw an article about a real geisha.  Her name is Mineko Iwasaki.  I saw that she said the book Memoirs of a Geisha was  written very closely to her life.  The author, Arthur Golden, had interviewed her but was supposed to keep the identity a secret.  He let the cat out of the bag in his acknowledments though.  He claims his story is his own, she claims it is too close to hers to be his.
Now I don't want to finish reading the book.  I know that fiction books are just that, fiction.  But if you are going to write a fiction book that is based on something real like this, it should be more factual.  Mr. Golden has told untruths in this book, according to some people.  I like the story, but I don't like to wonder which facts are true or not I'm reading about.
I will put this into the box for the garage sale goods and start reading the new book that I need to review.  Now to decided which one to start with first.... 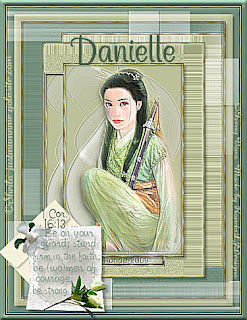 Posted by Danielle Leigh at 8:15 PM

Email ThisBlogThis!Share to TwitterShare to FacebookShare to Pinterest
Labels: Books and Reading